Posted at 14:41h in samfrancis by samfrancis 0 Comments
0 Likes
Share 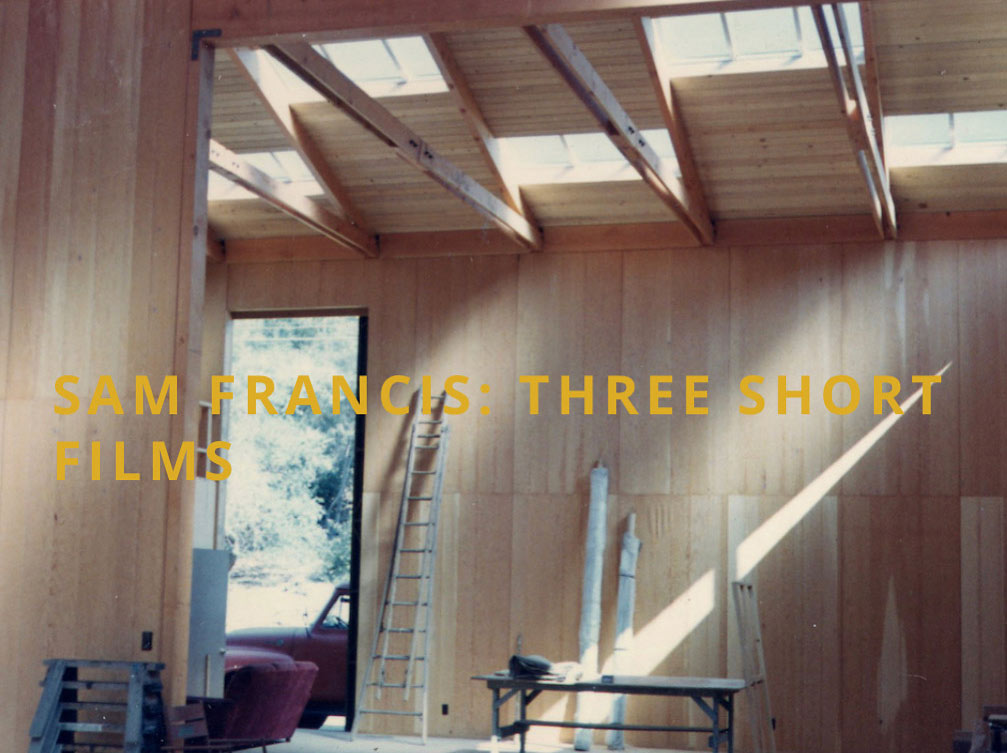 18th Street Arts Center has been collaborating over the past year with the Sam Francis Foundation to research the deep archive of oral histories around Sam Francis and his network of artistic influence in Santa Monica to add to their Culture Mapping 90404 project (culturemapping90404.org), as well as create a series of oral history mini-documentaries unveiling new revelations about the art scene in Santa Monica and the larger region over the past 60 years. After a competitive process, Tiana Alexandria Williams, a USC graduate student in Cinema and Media Studies who specializes in archives, oral histories, and documentary filmmaking, was selected as the Inaugural Sam Francis Media Fellow.

Sam Francis kept several studios and homes on the West Side of LA over the 60s, 70s, and 80s, which was an exciting era of artistic exploration and production in Santa Monica. By delving into extensive archives and conducting rare interviews with two of Francis’s sons and extended network, Williams created a three-episode documentary series, focusing in on Francis’s family home (Canyon Roots), his influence on emerging artists, printmakers, and curators (Fostering the Arts), and his interest in C.G. Jung and dreams (Dreams).