An Enchanting Encounter in Tuscany

One of the delights of art historical research is that one never actually knows where it might lead. This past summer my art world pursuits serendipitously took me quite literally off the beaten path to the Santa Maddalena Foundation, home to the baroness Beatrice Monti della Corte, who runs a storied writer’s residency nestled in the bucolic Tuscan hills east of Florence. Little did I know when I was finalizing my travel arrangements for another summer assignment near Florence, that my work on the early years of Sam Francis’s career would dovetail so perfectly. Yet it should come as no surprise somehow, given Francis’s peripatetic, globe-trotting nature. 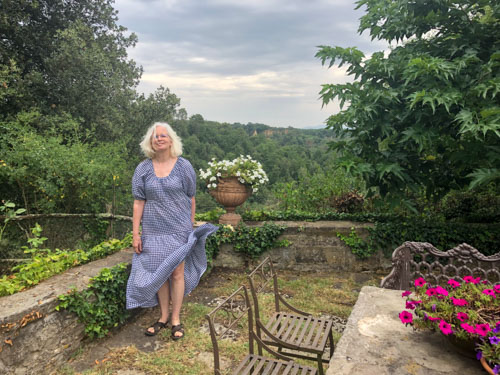 Image 2: Susan Power on the veranda of Santa Maddalena Foundation.

Although Francis never set foot in Beatrice Monti’s wondrous art-filled retreat, their paths crossed across geography and over time due to her representation of his work at Galleria dell’Ariete, the trailblazing gallery she founded in Milan in 1955 at the age of 25. Held at the Getty Research Institute, the business records of the gallery attest to the brilliant, far-reaching vision of a young woman dealer at the helm of an ambitious, dynamic, international program of avant-garde contemporary artists, a roster that reads like a who’s who of postwar Italian and American art. Through a stroke of sheer luck, given the complexities of our current health crisis, and with the invaluable assistance of Debra Burchett-Lere and Beth Ann Whittaker of the Sam Francis Foundation, I was able to secure, on very short notice, a coveted appointment to interview Beatrice Monti about her dealings with Francis, a rendezvous that turned out to be quite an unexpected adventure. 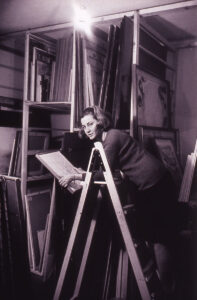 Image 3: Beatrice Monti in her Galleria dell’ Ariete with Francis artworks in the background, Milan, ca. 1964.

With the excitement of anticipation, I set out along the highway in the direction of the village Donnini in the company of my dear friend and colleague art historian Sergio Cortesini, who teaches at the University of Pisa, and who generously offered to serve as my chauffeur—thank goodness since the prospect of driving in general, not to mention in Italy, triggers dread for me! After encountering a major slowdown due to road construction, we exited onto a road winding through the picturesque landscape of verdant wooded hills, interrupted periodically by the deep dark green spires of cedars and golden hues of cultivated valleys. Arrival at our meeting point with Caterina Toschi—an art historian specializing in the history of women art dealers who is writing a book on Beatrice Monti as well as working as the associate director of the Santa Maddalena Foundation—was further delayed by our (un)trusty GPS, which guided us down an improbable dirt road with no signs for Donnini in sight. Finally, after a number of u-turns, detours, and misstarts, we turned off onto the right unpaved road, bumping along for seemingly endless kilometers before all of a sudden pulling up alongside the vine-covered stone facade of the Foundation with its virtually concealed entrance. We were immediately greeted by two congenial women in the bustling kitchen who ushered us up a staircase, lined with original Galleria dell’Ariete exhibition posters, to the sitting room where Beatrice Monti, her canine companion, Caterina Toschi and baby Pietro were awaiting us.

The former dealer spoke animatedly about her encounters with Sam Francis, to whom she was introduced by her close friend the French critic, curator, and collector Michel Tapié de Céleyron, an international art world mover and shaker who coined the expression “un art autre” (another kind of art), an umbrella term uniting an array of spontaneous abstract modes of image making. Monti shared many personal anecdotes about Francis, whom she visited on many occasions—during the artist’s hospital stay in Bern in 1961 and at his residence in Santa Barbara, California en route to Japan.

She detailed her lasting friendship with the American artist, whose work she ardently promoted to prominent Italian art collectors. During the riveting conversation, she graciously showed us the rare early Francis works on paper adorning the walls of her private living suite in the company of illustrious elders like Alberto Giacometti and Mark Tobey.

Then to our pleasant surprise, Beatrice Monti invited us to join her and her guests—none other than British author Zadie Smith with her family and Spanish writer, journalist, and translator Mercedes Cebrián—for an idyllic lunch on the veranda with its stunning panoramic view overlooking an uninterrupted expanse of forest and hills extending into the distance. Before regathering for coffee under the shade of a stately oak tree in an outlying meadow next to an ancient olive grove, at Beatrice’s insistence we followed Mercedes up the stairs of an adjacent stone tower to the former studio of her late husband, writer Gregor von Rezzoli, in whose honor she established the Foundation and an annual literary prize. Stepping into that enchanted hideaway, steeped in the lingering presence of so many outstanding artists and writers of our times, I was momentarily transported into the mysterious realm of the imagination, poetics, and the creative spirit, of boundless possibility and encounter, reminding me that extraordinary experiences may lay in store for those who venture and seek—a way of being that Sam Francis wholeheartedly embraced. “We find at last what we always had…Look again.” — Sam Francis, 2.8.1988 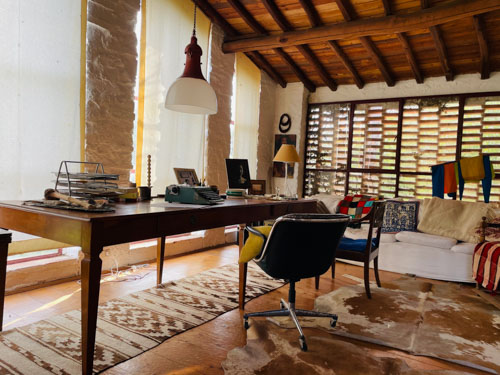 Image 9: View of the studio of Gregor von Rezzoli at Santa Maddalena.

I’d like to express my gratitude to Beatrice Monti for her warm welcome during my visit to the Santa Maddalena Foundation , and to Caterina Toschi for facilitating all the arrangements. Many thanks to the photographer Alessandro Moggi for generously providing permission to use his wonderful photographs.

I’m also indebted to Debra Burchett-Lere and Beth Ann Whittaker for their continued support and input throughout the process.