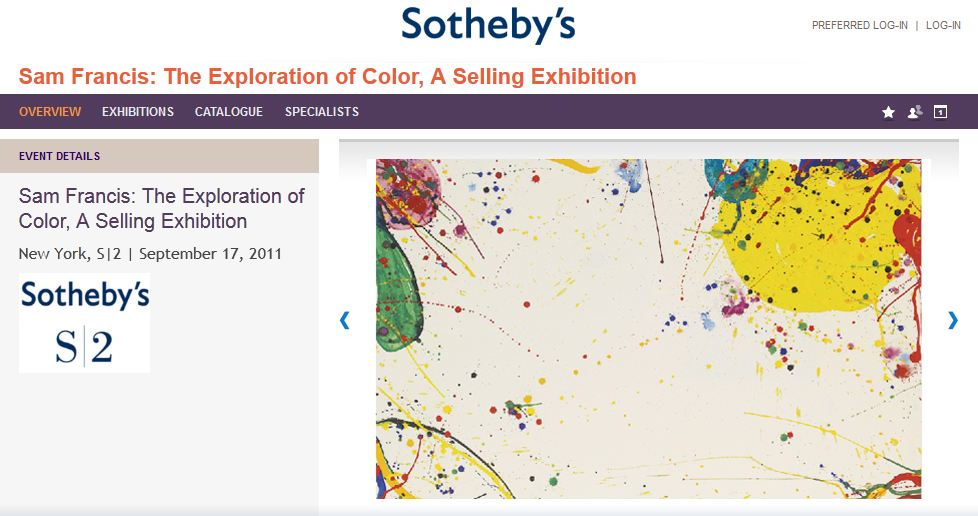 Posted at 02:02h in Uncategorized by samfrancis 0 Comments
0 Likes
Share

A recent article by Judd Tully, “The Auction House 2.0: How New Strategies, and Growth, May Shift and Old Duopoly,” published in the March 2013 issue of Art+Auction magazine, mentions that the first “selling exhibition” of Sotheby’s new S2 exhibition space featured works by Sam Francis:

You can read more about the exhibition, “Sam Francis: The Exploration of Color, A Selling Exhibition.” on the Sotheby’s website.