The Water Lilies. American Abstract Painting and the last Monet 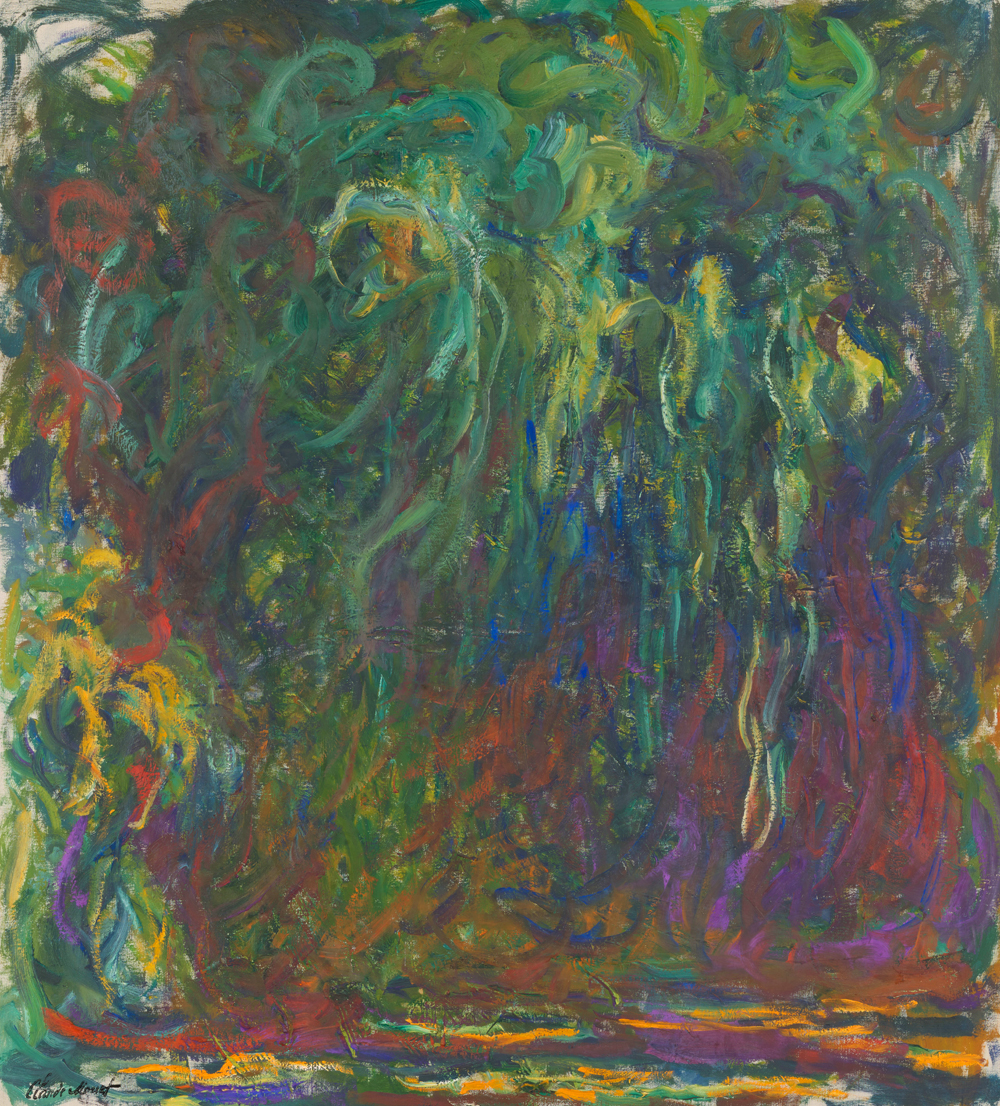 Posted at 11:54h in Exhibitions by samfrancis 0 Comments
0 Likes
Share

In 1955, Alfred Barr brought one of Monet’s large panels of Water Lilies (W1992) into the collection of the Museum of Modern Art in New York, at a time when these great “decorations”, still in the studio in Giverny, were beginning to attract the attention of collectors and museums.

Monet was presented at that time as “a bridge between the naturalism of early Impressionism and the highly developed school of Abstract Art” in New York, with his Water Lilies seen in the context of Pollock’s paintings, such as Autumn Rhythm (number 30), 1950. The reception of these later Monet works resonated with American Abstract Expression then coming into the museum collections. At the same time, the idea of “Abstract Impressionism” was forged.

The exhibition at the Musée de l’Orangerie focuses on this precise moment – when the great decorations of the master of Giverny were rediscovered and the New York School of Abstract Art was recognised – with a selection of some of Monet’s later works and around twenty major paintings by American artists such as Jackson Pollock, Mark Rothko, Barnett Newman, Clyfford Still, Helen Frankenthaler, Morris Louis, Philip Guston, Joan Mitchell, Mark Tobey, Sam Francis, Jean-Paul Riopelle and Ellsworth Kelly.

At the entrance to the Water Lilies, there is a tribute to Ellsworth Kelly, the American abstract artist who died in 2015 and whose work is still in dialogue with Monet’s. This display was designed by Eric de Chassey with the support of the American Friends of the Musée d’Orsay and the Musée de l’Orangerie.