Posted at 15:00h in Exhibitions by samfrancis 0 Comments
0 Likes
Share 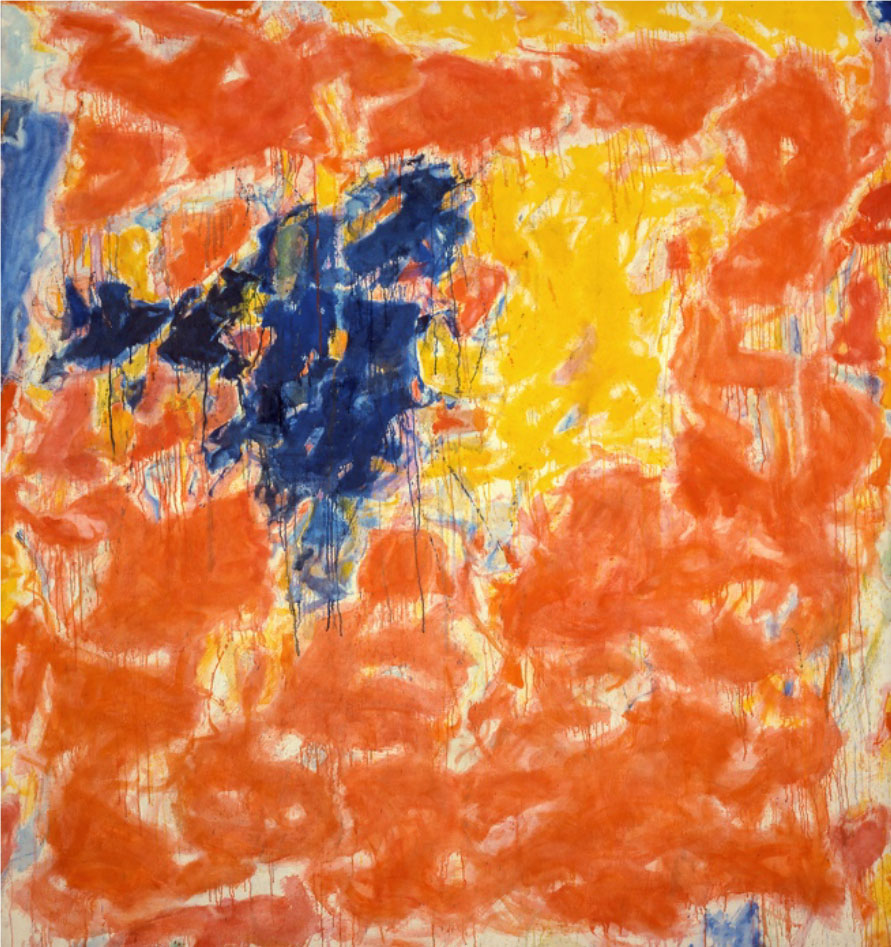 London–Opening on 25 April 2019, Lévy Gorvy is pleased to present Un art autre, an exhibition centred on the innovative reassessments of abstraction that emerged in postwar Paris. Un art autre, a term meaning ‘Art of another kind’ was coined by legendary art critic and curator Michel Tapié in 1952. The artists involved provided a distinctively European parallel to the American Abstract Expressionist movement. This exhibition will offer an insight into the allure of Paris in the 1950s and ’60s: a hub of cross-cultural exchange, intellectual activity, and artistic re-invention. It will explore the works by artists Sam Francis, Joan Mitchell, Jean Paul Riopelle, Pierre Soulages, and Zao Wou-Ki.

Un art autre will feature an outstanding painting from 1956/58 by Sam Francis on loan from the Mildred Lane Kemper Art Museum in St Louis, titled Arcueil after the location of the artist’s studio in Paris. This will be the first time the work is exhibited in the UK in sixty years, since The New American Painting at the Tate Gallery, a landmark exhibition organised by the Museum of Modern Art, New York, which travelled internationally in 1958-1959. Un art autre will also include exceptional paintings by Mitchell and Riopelle, both on loan from the Henie

Onstad Kunstsenter in Høvikodden, Norway, and Abstraction (Orange) (1952), a masterwork by Riopelle from the Museu Coleção Berardo in Lisbon which will be exhibited for the first time in the UK. The exhibition will celebrate the singular contributions made to abstraction in this vibrant moment.

In the wake of the traumatic ruptures of the Second World War, artists were moved to radically deconstruct form and create new aesthetic landscapes rooted in dynamism, vitality and gestural freedom. Tapié became the spokesperson for this movement in his book Un art autre (1952), and its accompanying exhibition. The subtitle of his book, Où il s’agit de nouveaux dévidages du réel (‘where dealing with new unwindings of the real’), encapsulates the motivating sensibility behind this drive to break with traditional notions of composition and order. By ‘unwinding’ naturalism, figuration, and geometric form, these artists sought a visual language that might piece together a shattered world.

Un art autre illuminates the intersections of the local and the global as artists, philosophers, poets, and academics from around the world gathered in Paris during this moment of intense creation. Lévy Gorvy is delighted to announce the commission of a scholarly essay by art historian Elizabeth Buhe and a comprehensive chronology by academic Matthew Holman, to accompany the exhibition. In addition, on the occasion of the exhibition, New York–based filmmaker and biographer Lisa Immordino Vreeland will make a short film lending insight into the atmosphere of Paris during the ’50s and ’60s, capturing the zeitgeist of the era and offering a portrait of these artists as they came together in the city.

Lévy Gorvy cultivates a program devoted to innovation and connoisseurship in the fields of modern, postwar, and contemporary art. Founded by Dominique Lévy and Brett Gorvy, Lévy Gorvy maintains gallery spaces at 909 Madison Avenue in New York, in Mayfair, London, and in Central, Hong

Kong. The gallery fosters continued dedication to the living artists and artists’ estates that it represents and offers a robust program of exhibitions and multidisciplinary events. The gallery also produces ongoing art historical research and original scholarship, publishing exhibition catalogues, monographs, and other key publications. Our Zürich office, Lévy Gorvy with Rumbler, offers bespoke private advisory services to collectors and institutions around the globe.