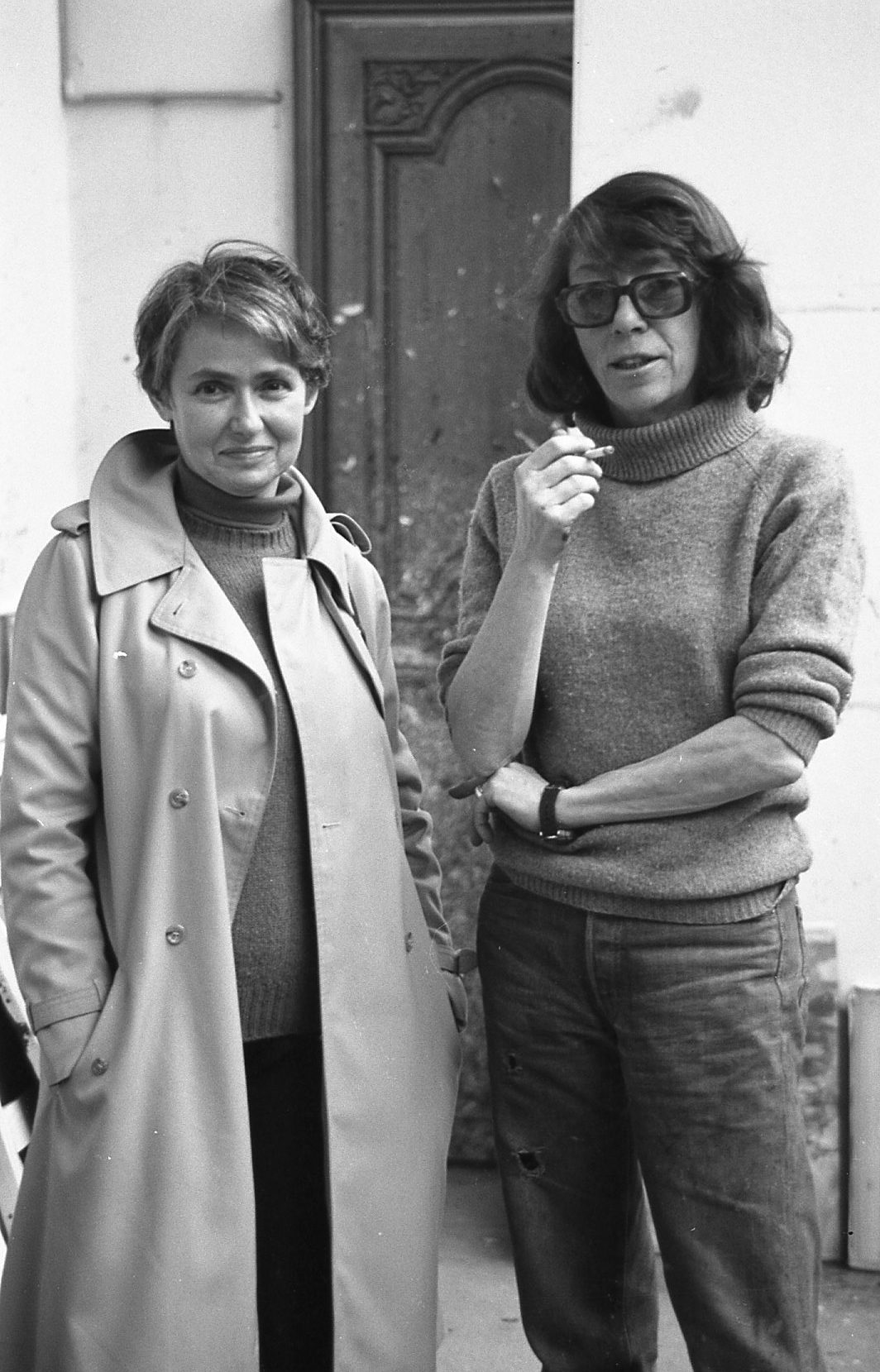 Paris in the years after World War II evolved to support a burgeoning population of international creative minds. Among the many Americans that relocated there was the American painter Shirley Jaffe who studied at Cooper Union Art School in New York. After marrying journalist Irving Jaffe in the mid- 1940’s they moved to Washington D.C., where she attended The Phillips Art School while he worked as the White House Correspondent for Agence France-Presse. In 1949 they made the voyage to France. Her husband, who like many received financial assistance through the GI Bill, continued to work for the news agency while studying at the Sorbonne. After a brief return to live and work in New York around 1952, Shirley would eventually settle in Paris for the remainder of her life. It would be in Paris, and an incredibly informative few years in Berlin (through a 1963 grant from the Ford Foundation) that Jaffe would create her unique and beautifully complex style of paintings.

When the artist Sam Francis moved to Paris in late 1950, one of the first people he soon met was Shirley Jaffe. Their community of friends, growing over the years, would meet often and socialize over a coffee or beer at various cafes, with the Les Trois Marronniers, a cafe on the rue du Dragon one of their favorite spots. Frequently, they were joined by the American artists Joan Mitchell and Norman Bluhm, and French-Canadian Jean-Paul Riopelle, as well as American writer Rachel Jacobs and French art historian Georges Duthuit (son-in law of Henri Matisse). Jaffe also became close friends with Muriel Goodwin, a very talented painter, who married Francis in 1955.

It was not uncommon for artists to visit one another in their studios and thankfully the Sam Francis Foundation archives contains some rare and quite stunning photos of Shirley Jaffe in Francis’s Paris studios. 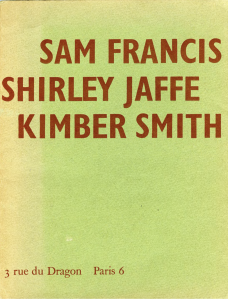 In 1958, the Centre Culturel Américain held a three-person exhibition that featured the works of Shirley Jaffe, Sam Francis, and Kimber Smith. In a 1958 review of the exhibition by critic Pierre Restany in the Parisian art magazine Cimaise, Restany wrote regarding Shirley’s work, “[W]e can justifiably evoke Bonnard when viewing Shirley’s work…With Sam Francis and Shirley Jaffe, American spatial treatment acquires a certain sense of measure, of interior concord. The projection of these lyrical necessities reminds us, not without emotion, of the master of Giverny.”

Though all three artists were considered to be part of the second wave of abstract expressionists, Shirley’s painting style would quickly depart from that of her peers.

In an April 2010 interview of Shirley Jaffe conducted by Rapheal Rubinstein for the Brooklyn Rail, Jaffe talks about her departure from the “gestural” style of the time:

Jaffe: “It [her work] changed when I went to Berlin [in 1963]. I had a feeling that my paintings were being read as landscapes, which was not my intention. I felt I had to clear out the woods. It started in Berlin and it continued when I came back to Paris.

Rail: As you moved from gesture to geometry, touch became less prominent, and that’s true of the French painters as well. In their different ways, [Simon] Hantaï and [Claude] Viallat were also trying to make paintings without that touch of the hand.

Jaffe: For me, it was quite different because I built up the painting by the gesture in the first period. But then I asked myself: What essentially did I want to say? What was I painting? I thought I had to start like a child, try to reduce everything, gesture and also significance. In the very first paintings it wasn’t geometry, more like “lite” geometry. The lines weren’t always straight. I kept elements of a kind of gesture in a certain section of the painting. And then, I began to develop on that. I had no clear program, mind you.” 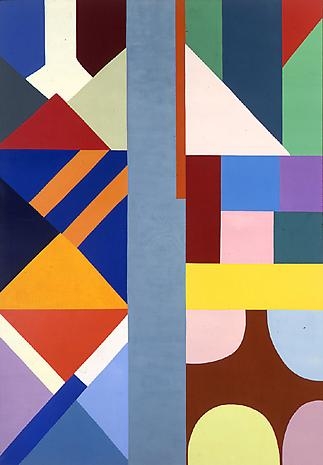 Francis and Jaffe grew to be close friends even after he moved away from Paris in the early 1960s. The two artists were in four group exhibitions together and it was Francis who was responsible for introducing Jaffe to the renowned Parisian gallerist Jean Fournier, whom they would both be represented by for many years. 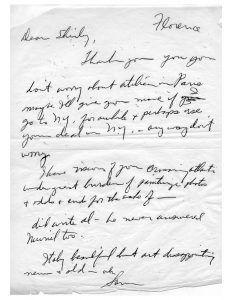 Jaffe and Francis would also continue to correspond regularly with one another over the next few decades. Their letters were often warm, poetic and at times, critical and brutally honest. They discussed their mutual artistic community, travels, dreams, and their varied thoughts and frustrations regarding their own processes as painters. The Sam Francis Foundation is fortunate to have had personal contact with Shirley Jaffe while she was alive and through a generous donation from the Jaffe family was able to acquire much of the original correspondence between them.

In 2017, I visited the East Coast to meet with Shirley’s brother Jerry Sternstein, along with his wife Trina, who is also a painter. My meeting with the Sternsteins quickly evolved into what felt like a gathering  of family. Jerry and Trina are and have been so incredibly generous, not only with their fantastic gift of original correspondence between the artists, but with their ongoing willingness to assist with projects for the Sam Francis Foundation. They have both shared beautifully animated and rich stories of their own experiences and adventures with Shirley. I am profoundly grateful that I have been able to develop a correspondence with the Sternsteins over the last couple of years and I am deeply honored that they have been so forthcoming with their support.

Shirley also participated in two different oral history interviews with the filmmaker Jeffrey Perkins for the movie “The Painter Sam Francis.”  Over the course of both interviews, Jaffe discusses her relationships with Sam, Joan Mitchell, and Muriel Goodwin among others. With a nostalgia-free clarity, Shirley reflects on her own 50-year journey as a painter and a life that was often solitary. Jaffe was not one to dwell on the past and did not suffer fools. In both interviews, Shirley engages in the topics that interest her with intelligence and humor. If questions are posed that she doesn’t care to discuss, the brevity of her response is refreshingly straightforward. 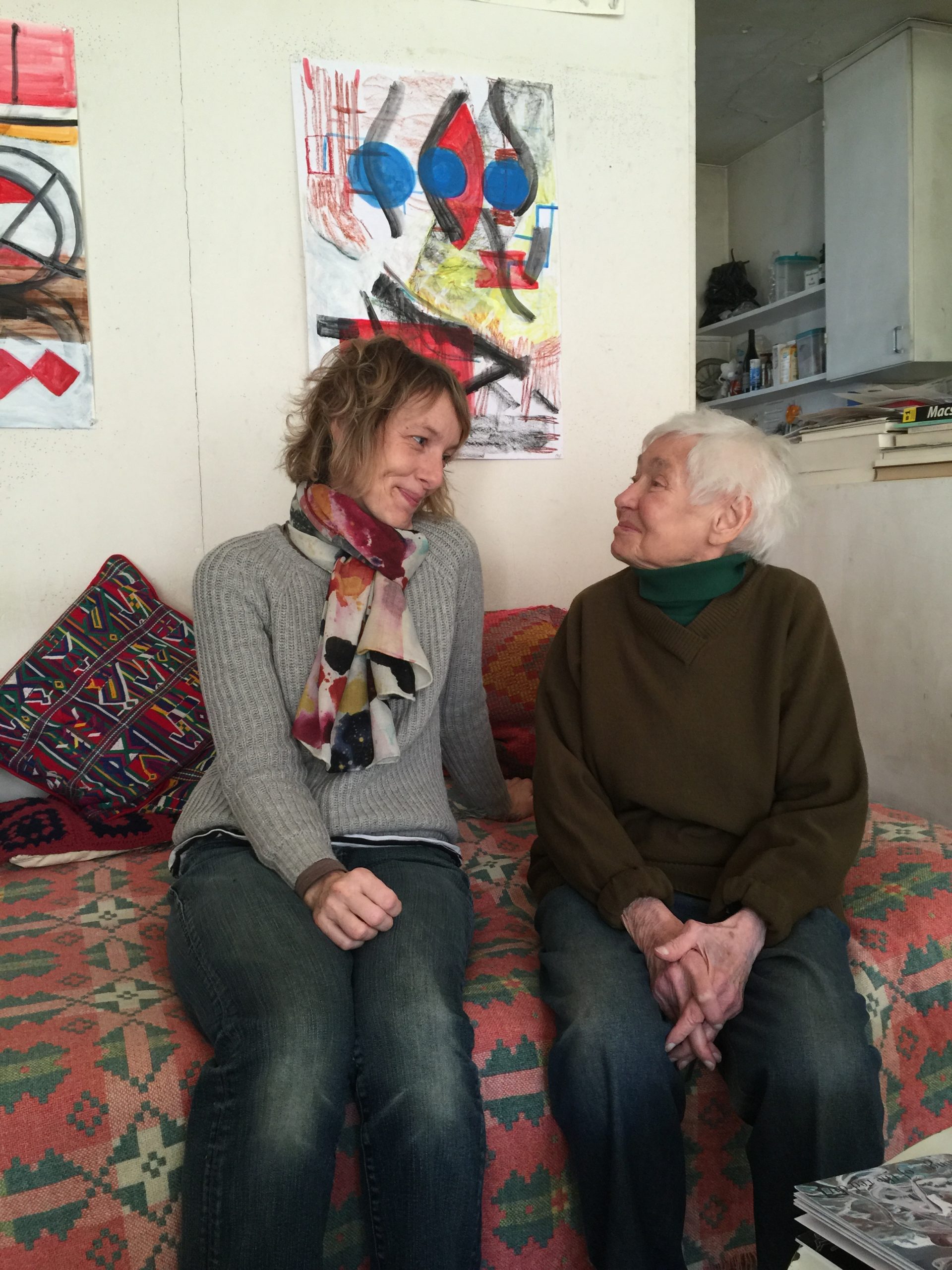 On a personal note, my husband and I had the honor of meeting Shirley about a year before she passed away. She hosted us at her studio and living space in Paris. She made us tea and served a plate of cookies as we sat on chairs across from her while she sat on her bed. A few of her engaging gestural abstractions humbly attached to the wall behind her. My husband Ted Ridgeway, who is also a painter, showed her the small rendition in ink on paper he had just done of the Notre Dame cathedral. She regarded it and paused, looked up at him and flashed her delightful smile and then replied with a dash of mischief, “Yes, very good, but I wonder what would happen if you looked at what was beyond this. That you can’t see.”

Shirley also showed us around her studio and we were given the invaluable opportunity to view her works in an incredibly rare and intimate setting. Needless to say, Ted and I were enchanted by her personality and floated in exuberance for the rest of the day after we left her apartment.

Shirley Jaffe was a sincere and beautiful human being. Her face radiated when she smiled. She was complex and exuded a quiet and profound enigma. She was a pioneer in her field, and her work cannot be placed into a clearly defined category of art theory.

When I look at one of her paintings it is an epic poem of shapes. I find that I’ll keep revisiting a certain work, to take in a color, a line, a detail and ultimately, to close my eyes and envelop myself within the image. Considering the stained glass windows Jaffe designed for the Chapelle La Funeraria in Perpignan, France, in 2000, I am transfixed by the fact that a modern design can inspire such timelessness — seemingly creating an experience of ineffable awe for the viewer. It is certainly top on my list of places to visit when  time allows. 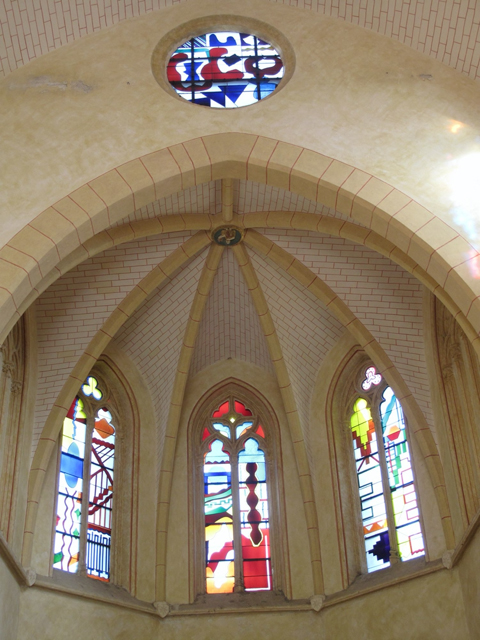 With Jaffe’s work, I don’t so much want to try and understand what I am seeing, though that is what my brain would tend towards. It’s normal after all, to tether an image with subjective meaning and a definition one can be comfortable with. This is one of the reasons I love her work; it routinely defies the rule of how we see and experience meaning and form. So, I honor the artist’s own words when it comes to my personal experiences when confronted with an image I don’t understand —  I endeavor to follow Shirley’s advice, “What would happen if you looked beyond?”

Just before the publication of this post, Art & Antiques published a fantastic article on Shirley Jaffe in their September 2020 publication. Available at newsstands or by subscription.  The Centre Pompidou in Paris plans to organize and exhibit a Shirley Jaffe retrospective in 2022, dates TBD.

All images are from the Sam Francis Foundation archives unless otherwise noted.

Special thanks to Andrew Arnot at Tibor de Nagy Gallery for the beautiful image of Shirley’s work and his generous support of this project.

A heartfelt thanks to Jerry and Trina Sternstein for all of our emails and letters. This project could not have happened without you. I can’t wait until we can meet again for tea.

A special appreciation to Debra Burchett-Lere, Beth-Ann Whittaker, Stephanie Velazquez, Beth Silverman and the Sam Francis Foundation board and family for asking me to be the first submission with an essay for Archive Connection.

— And, most of all — thank you Shirley for what you have given us.